Because Timing is Everything

Timing is a key factor when it comes to keeping an internal combustion engine running properly. In the highly complex engine processes, the purpose of engine speed and position sensors (ESPS) is to provide the engine’s ECU with the most essential information needed to run the engine. Consequently, exact timing of fuel injection and ignition is essential for smooth and efficient engine operation.

Connected to the pistons and, via flywheel and clutch, to the gearbox, the crankshaft converts the linear up and down movements of the pistons to rotary motion. This turning of the crankshaft is what powers the engine and makes the vehicle move. The crankshaft speed and position sensor keeps track of this rotational speed as well as the crankshaft position.

In case of a camshaft sensor failure, the consequences are less severe, but drivers may experience delayed starting. In addition, if the engine is equipped with variable valve timing, it will be disturbed as well, as the camshaft sensor signal is used to monitor this function. The engine will keep running, but with reduced power and performance.

Sensors don’t have dedicated exchange intervals. Water in the connector or sensor, broken wires and age are factors that may contribute to the failure of engine speed and position sensors. To prevent these parts from becoming faulty, it is highly advisable to replace them during the lifetime of your vehicle. 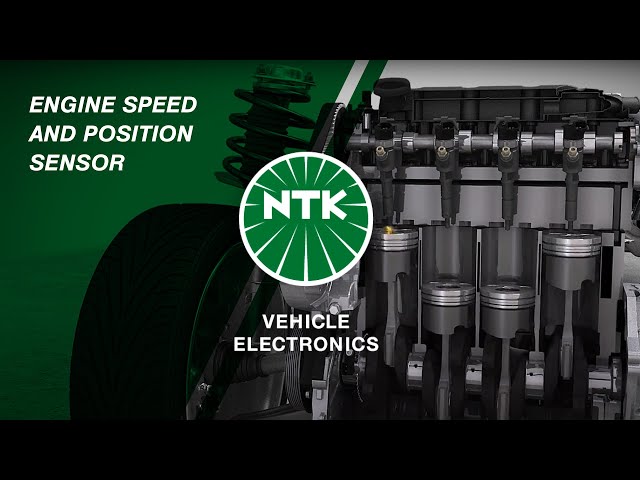 Back to page
Watch the video

The new NTK Engine Speed and Position Sensors range. The next step in quality.