At NGK SPARK PLUG, the world’s leading ignition and sensor specialist, we are passionate about all types of motorsport. One such sport is drifting, which originated in our native Japan in the 1970s and is growing increasingly in popularity. To learn more about this intriguing sport, we caught up with Ahmad Daham, our record-setting brand ambassador from Jordan who discusses his journey to the top.

At NGK SPARK PLUG, the world’s leading ignition and sensor specialist, we are passionate about all types of motorsport. One such sport is drifting, which originated in our native Japan in the 1970s and is growing increasingly in popularity. To learn more about this intriguing sport, we caught up with Ahmad Daham, our record-setting brand ambassador from Jordan who discusses his journey to the top.

A dream forged during childhood

Widely recognised as one of the biggest players on the international drifting scene, Ahmad’s roots in motorsport can be traced all the way back to 1997. “I discovered my love for cars and racing when I was ten years old while accompanying my brother to the racetrack to watch him compete,” he says.

Indeed, much of his childhood was spent trackside, where he was able to mix a growing interest in photography with that of motorsport by taking snaps of and recording racers in ‘Time Attack’, a type of motorsport in which the racers compete for the best lap time.

By the age of 14, he already had his own car. This, however, was not enough to satisfy all of his motoring desires. “My first car was a 1976 Toyota Corolla and already by then, I was involved in the set up and tuning of vehicles. The knowledge that I have gained in this area since then certainly helps me in my career today,” he tells.

It was this fascination concerning the inner workings of cars, moreover, that opened his eyes to the world of drifting. “I was working as a car tuner and a customer asked me to modify and test their drift car. It was love at first sight. I knew there and then that drifting was what I wanted to do,” he enthuses. 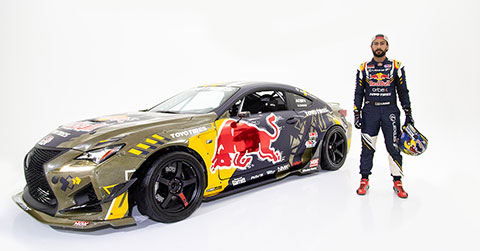 Fast-forward to 2011 and the now 24-year-old Ahmad was ready to compete professionally and that he certainly did, taking the drifting scene by storm by winning the first three events he participated in at the Red Bull Car Park Drift.

For Ahmad, drifting provides him with a buzz unmatchable anywhere else. “The most exciting thing about drifting is the adrenaline rush of driving a car with more than 1000hp. The feeling of being out of control but at the same time in control is unbeatable.”

Another unbeatable feeling is that of winning and since his entrance into the sport, Ahmad has experienced his fair share of that too, racking up victories at a rate of knots. These include back-to-back victories both at the Federal Tyres King of the Desert Championship in 2016 and 2017 as well as at the Emirates Drift Championship in 2018 and 2019.

The five-time Middle East Drift Champion also managed to enter into the world record books, when in 2014 along fellow drifter James Deane, he performed the longest ever ‘twin drift’ over a distance of 28.52km. “This was certainly a huge milestone for me,” he reveals. “Setting a Guinness World Record was something that I never thought was possible.” While he previously may have believed that such things were impossible, setting one has made him hungry for more. “We are working on a new Guinness World Record, the details of which will be announced soon,” he informs.

While the global Covid-19 pandemic has predictably impacted the 2020 drifting calendar, Ahmad has been putting the excess time to good use, beginning his own video blog series and working on his all-new Lexus RC F, a car christened ‘Katana’, which he is both very proud of and excited by.

“Katana is the culmination of all the experience that I have gained over the past 15 years,” he tells. “It is the crème de la crème of drift car builds. It is an upgrade of the model I was delighted to showcase at the Goodwood Festival in July 2019. The two main factors we focussed on this time were weight and power and we were successful on both fronts, adding 200hp while managing to shave off around 400kg,” he says.

Ahmad had a hands-on role in the building and tuning of the car. With the help of his brother, he managed the whole project, “arranging the logistics and ironing out all of the minor details”. This, he believes, provides him with a unique advantage over his fellow competitors. “My mechanical background and knowledge certainly give me an edge. Being deeply involved in both the building and tuning of the car means that I understand every aspect of it. This gives me an added advantage during competition,” he tells.

Considering his technical expertise, it is no surprise to hear that Ahmad has an enduring relationship with NGK SPARK PLUG. “I have been using NGK Iridium spark plugs since I got involved in tuning back in 2001. We share a passion and deep involvement in motorsport and ever since I set my eye on motorsport, the ignition and sensor specialist has always been a part of it, both in my own drift cars and in my customer’s cars.” 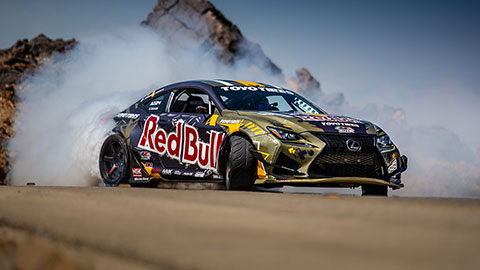