As the world’s leading ignition and sensor specialist, NGK SPARK PLUG is composed of passionate employees, many of whom have experienced unforgettable journeys on the road. Next up in our Road Trip blog series, we travel to the Netherlands to meet two Dutchmen who, in 2020, were part of a team which explored the many differing pathways found in the Benelux region of Europe.

NGK SPARK PLUG employees Johan Penners and Steffan Reefman go a long way back. Friends for more than 20 years, the two not only work for the same company, they also share many hobbies which include a love of cars and travelling. So, when Johan invited Steffan to join some of his other friends on their annual Benelux road trip, there was only going to be one response.
“One particular friend of mine has a few classic cars that he doesn’t get to drive very often,” says Johan Penners, Key Account Manager Benelux at NGK SPARK PLUG. “This is where the road trip idea originally came from, as it allowed him the chance to put some miles on the cars as well as to give his friends the opportunity of having fun driving them.”
For the 2020 road trip, however, the group wanted to better document their trip, which is why the team needed strengthening. “I was brought on board for last year’s trip to help with the creation of a blog about it,” explains Steffan Reefman, Trade Marketing Specialist at NGK SPARK PLUG. “I jumped at the opportunity because it provided me with the chance to use my creativity by making videos and photos as well as to enjoy some good company and scenery,” he tells.

The journey would begin and end in the Dutch city of Maastricht aboard a BMW E30 M3 EVO (1990-1992) and a Renault 5 Turbo 2 (1980-1984), equipped respectively with the NGK SPARK PLUG references PKR7A and B9EFS. “The BMW is extremely fun to drive and offers a big improvement in handling and performance compared to a standard M3 with a 2.3 litre engine,” says Johan.
“The Renault, on the other hand, is a unique vehicle which personifies the motoring spirit of the 80s. This car is incomparable to any others from this era. It features a small 1400cc turbo engine just behind the driver seat as well as massive rear tyres, resulting in the perfect combination for fun driving,” he further explains.
Upon performing a technical inspection by the team member who owned the vehicles as well as by qualified technicians, the group hit the road, beginning an unforgettable trip planned to span around 800 km. 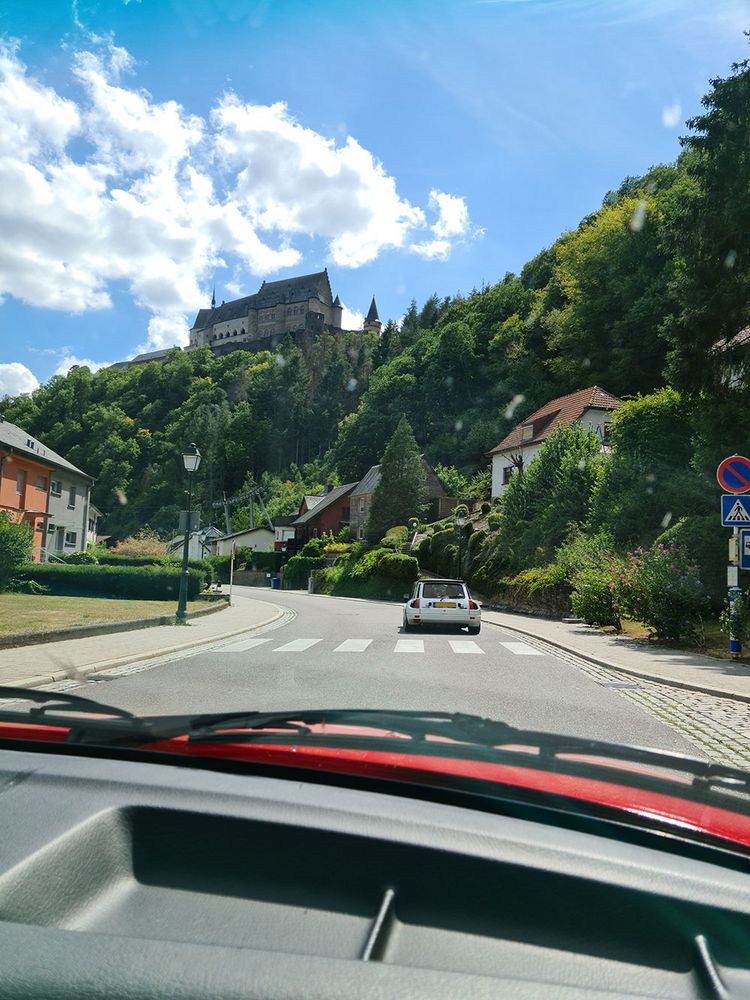 On top of providing the cars, their friend also performed the role of one of the drivers as well as tour guide. And in keeping with the retro nature of the trip, the navigation methods used were decidedly old-school. “My friend knows the route by heart, and he led the way, providing us with directions by pointing his finger either right or left,” says Johan. The presence of major road works on certain main routes as well as a desire to explore less well-known areas resulted in their travelling through many backroads during the journey. “This is the best way to experience new destinations,” says Steffan. “During the tour, we got to witness wide views over the hills, a maze of blind curves, not to mention some deep valleys through the forests and mountains of the Ardennes.”

Touching on all of the Benelux countries as well as some of the bordering towns of Germany, the team visited some strikingly beautiful destinations. Many of these were in Belgium, the country famous for its chocolate, waffles, strong beer and French fries (where, despite the name, they originate from).
After departing from Maastricht, the crew soon crossed the Belgian border into Val Dieu. From there, they continued on, passing through towns such as Froidthier, La Minerie, Limburg and Hèvremont before making their first pitstop after 55km at Barrage de la Gileppe. “There we visited the Gileppe Dam, which was one of the highlights of the trip,” says Johan. “It is an arch-gravity dam on the Gileppe river which was built in the 1870s to supply water for the wool industry in nearby Verviers.”

They then ventured a further 40km, passing the towns of Francorchamps, Malmedy and Stavelot before stopping at Val de Wanne, a ski-resort located in the Wallonian province of Liège. After that, they zig-zagged through the border towns of Belgium (Vielsalm and Salmchateau), Luxembourg (Weiswampach and Heinerscheid) and Germany (Obereisenbach) before stopping again after 80km in the Luxembourgian town of Vianden. “There, we visited a recently restored castle which was built in the Middle Ages and is set spectacularly on the rocks above the town,” continues Johan. 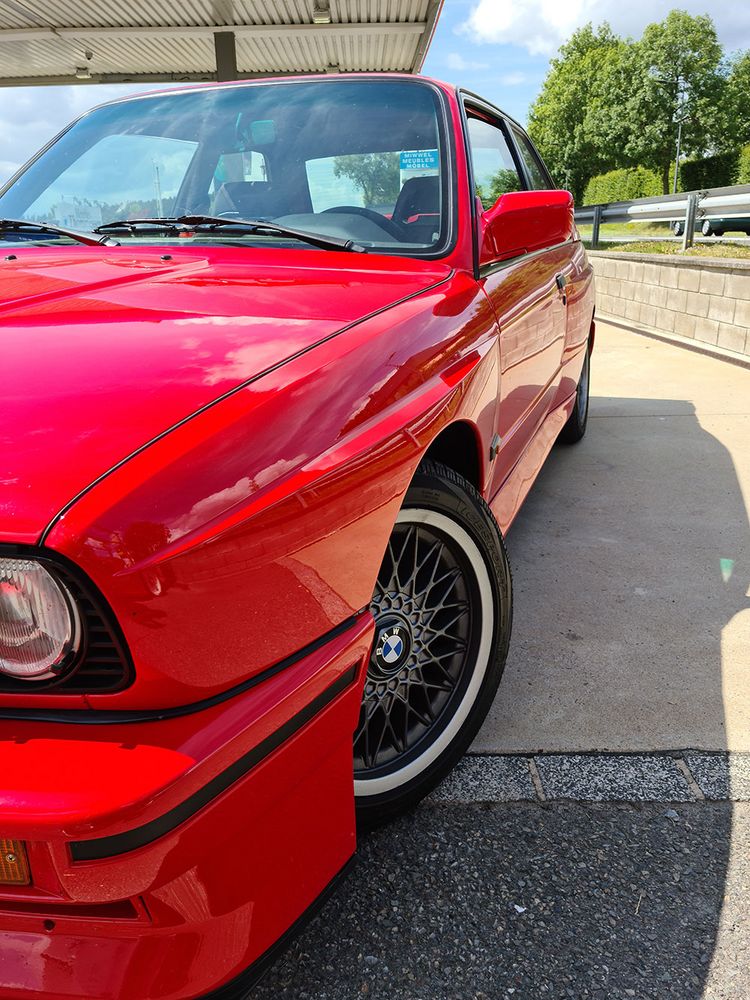 As a precautionary measure, the bonnet of the Renault 5 was opened at every stop to prevent it from overheating. Yet, despite this and the technical inspection which the car underwent before departure, it would be a malfunction in this particular car that would ultimately put a premature halt to the whole journey.
Despite not visiting the famous Belgian town of Waterloo, the trip met its very own Waterloo about 85km out from Vianden. “The tour ended in the village of La Roche-en-Ardenne in Belgium because the Renault 5 wouldn’t start,” says Johan. “Afterwards, it turned out that the battery did not charge all day long due to a broken alternator. The day ended in the late hours but at least in a positive mood because we had had such a great experience driving these iconic classics around this beautiful part of Europe.”
Apart from breaking down and the regret at failing to identify the broken alternator before they departed, the team had an unforgettable experience and are already planning their next Benelux adventure. “The plan is to continue doing this at least once a year and Steffan is more than welcome to join again,” says Johan.