Meet James Ford, the owner of the award-winning car blog, ‘Well Driven’. In what is an exciting development, he will be teaming up with NGK SPARK PLUG this year by creating a series of blog posts for the EMEA website, which will deal with all his different types of favourite cars. In advance of his first contribution, we caught up with the Englishman to delve a little into his backstory.

A lifelong passion for cars

For James, there’s been an air of destiny surrounding his profession as an automotive journalist. “I’ve been obsessed with cars from a very young age. I grew up around all sorts of cars, from American Fords to Italian sports cars and everything in between. My parents are very much into their cars too, so it was inevitable, really,” he tells.

What’s striking about James is his passion for cars. “So much excites me about cars,” he confirms. “From the sounds and smells to the way you feel when you’re behind the wheel, to that feeling you get when you see something really special, like for example, a supercar when you are a child.”

What especially appeals to him is the individuality of each car, which has its own unique story. “This is what I truly love about cars,” he says. “Be it a road trip, a day on the track or even a breakdown – there is always something to take away from the experience,” he believes.

For James, the eureka moment of starting a blog occurred about six years ago while away on business. “I had been writing bits and pieces about cars on forums for years, but while by myself in a hotel for a few days, I made up my mind to start my own thing, documenting both the cars I owned and also the cars I had been lucky enough to drive and test,” he informs.

After a couple of hours, not only had set up his website, but he had also written his first blog post. Once the name ‘Well Driven’ popped into his head, the show was well and truly on the road.

At the beginning, the biggest hurdle was the securing of engaging and regular content. “When you first set up, you can’t just go up to manufacturers and ask to use their cars to review – that takes a lot of time, so in the early days I was mainly writing about my own stuff or my parents’ cars or any test drives at local dealerships I could get,” he tells. 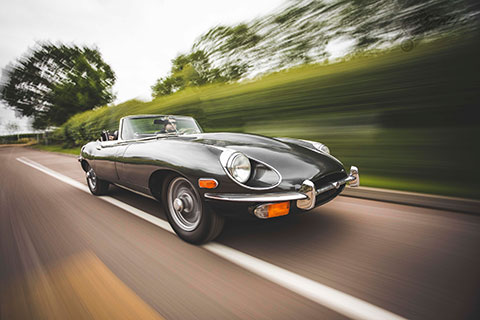 Thanks to the quality of the content, the blog started to gain traction with many readers and today James has a loyal following. “I get a lot of interaction from my readers through Social Media. I like to think I’ve become good friends with a few of them and they all provide help and support.”

The blog, to be sure, has come a long way in the intervening years; something James is rightly very proud of. “I’ve gone from uploading occasional posts to building a whole business on the back of the website’s reputation. I never in a million years thought that this would be possible when I first sat down in front of my keyboard.”

All of his hard work came to fruition in 2019 when he was awarded first place in the Automotive category at the UK Blog Awards. “I’d never put my work forward for anything and this was the first and only time I’d ever done it, so to win was incredible and it really made me want to do more,” he enthuses.

Life outside of cars

Many in his position could encounter difficulties separating the maintaining of a successful website from the other important aspects of life. This, luckily, is not an issue for James. “I’m a strong believer in a healthy work-life balance so I’ll always try and manage my time, so that I’m not spending too much time on one and not doing the other,” he informs.

Outside of his blog, he owns an old 1996 Land Rover which regularly requires maintenance, but when he needs a break from all things automotive, he enjoys walking his dog and jogging. Travelling is another hobby of his. The last 12 months, however, have been nothing but normal, meaning the opportunities to do so have been significantly reduced.

He has, nevertheless, made the most of the extra time that he’s gained as a result of the lockdowns. “I used to play guitar in a band many years ago and I’ve been using the opportunity to pick that up again. I’ve been committing to several hours a week to try and get back to the level of ability I was at before,” he says. 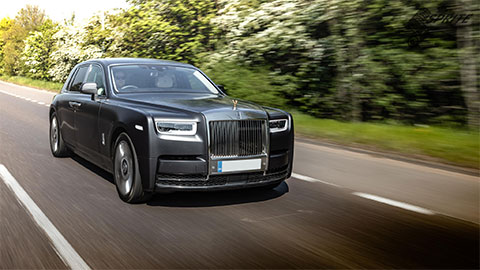 James is optimistic about the future. “My biggest hope is to make ‘Well Driven’ a permanent and sustainable career for me. I’d also really like to grow it into a business that provides employment for people other than myself,” he tells.

With this in mind, his upcoming collaboration with the world’s leading ignition and sensor specialist is indeed a positive step. In his view, the biggest similarity he shares with the company is his passion for all types of cars. “I love hundreds of different cars, but I also love boats and planes, and just about anything with an engine. NGK SPARK PLUG is the same in the way it has a huge range of ignition and sensor applications that can fit a plethora of different engines.”

And as for the series of blog posts that he will write for the EMEA region this year, he is ready to roll. “The plan is set out and I’m really excited to get started. Each topic is a little different but I’m hoping that people will enjoy what I have planned and also that I will learn a little bit too!”

“At NGK SPARK PLUG, we are excited to be collaborating with an award-winning automotive journalist and blogger like James Ford,” says Nicole Rößler, Head of Regional Communications & Aftermarket MarCom EMEA at NGK SPARK PLUG EUROPE GmbH. “His passion for and knowledge of cars will bring added depth to the Blog section of our EMEA website.”