The road trip series – Part 4: A family trip through the south of Spain in a Porsche 968

Following on from our Benelux road trip, we now travel south to Spain to meet an employee of the world’s leading ignition and sensor specialist, to learn about one of his country’s best kept secrets. Join us for the fourth instalment of the NGK SPARK PLUG Road Trip blog series.

A trip with the family

When Jose Manuel Jurado isn’t busy with his job as Technical Service Manager & Area Sales Manager Aftermarket Iberia at NGK SPARK PLUG, there is nothing he prefers more than taking his family out on the road. As an owner of two Porsches, Jose along with his wife and two daughters, have visited many of his native Spain’s most beautiful destinations. Chief among these is the province of Cádiz, which is home to routes that the family have returned to on more than one occasion.

The southernmost part of mainland Spain – Cádiz is one of the eight provinces that comprise Andalusia, the second largest autonomous community in the country. As close to the African continent as you can get on mainland Europe, Cádiz is famous for many things which include its Mediterranean climate, idyllic beaches and stunning national parks. 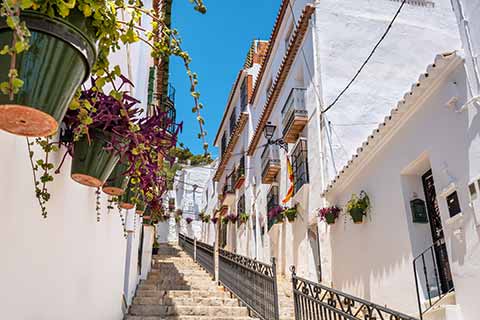 The white towns of Andalusia

Aboard Jose’s Porsche 968, equipped with the Iridium IX reference BPR6EIX from NGK SPARK PLUG, the family set off one a long weekend from Arcos de la Frontera, which according to Jose, is “one of the most beautiful towns in Spain”. From there, they began a journey that would cover more than 1,000km, taking in many parts of the famous route of the white towns of Andalusia (‘Ruta de los Pueblos Blancos’).

Situated along the frontier of the ancient Roman and Moorish worlds, these towns are conspicuous by their houses which have perfectly whitewashed walls, adorned with brown or red-tiled roofs. Often built on the way up to the top of hills or cliffs, these houses are accompanied by narrow, cobblestone streets, which together create the impression of a series of labyrinthine passages leading up to the peak.

“These buildings were supposedly whitewashed for their antibacterial properties, which became prevalent during the plague in the 14th century,” says Jose. “Visiting these stunningly beautiful villages has a profound effect on you. At each stop, we discovered something new. There were spectacular landscapes and unique patios with typical Andalusian decorations where colour reigns.”

After departing Arcos de la Frontera, the family travelled 27km to Prado del Rey, a small town of around 6,000 inhabitants. They then entered the Sierra de Grazalema, a famous national park. 51,695 hectares in size, the park has been designated a biosphere reserve since 1977. There, they travelled 70km through the park, touching on the towns of El Bosque, Benamahoma, Ubrique, Benaocaz, Grazalema and Zahara de la Sierra.

As well as its complex mountain ranges and very varied flora and fauna, the park is home to many colonies of vultures, including the seriously threatened Egyptian culture. Jose and his family were highly impressed by the park. “Here you are able to witness a fusion of culture and nature which I would highly recommend to all types of travellers,” he says. “The area is rich in history, art, gastronomy and tradition, with a unique natural environment featuring trails, lakes, very varied flora and fauna as well as a variety of tourist activities.” 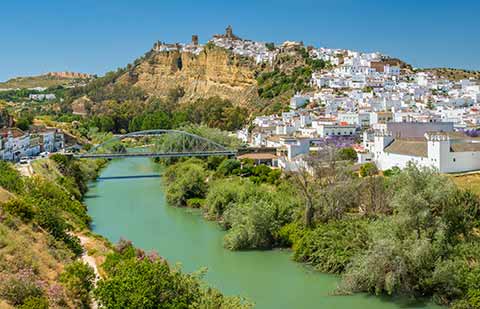 One of Spain’s best kept secrets

Unlike the majority of road trips, Jose and his family didn’t encounter any significant problems on their trip. “It was perfect, I wouldn’t want to change anything. For me, the best thing about the trip was the winding mountain roads, while my wife and daughters enjoyed the gastronomy and landscapes.”

If there were any regrets, they centred around not having enough time to enjoy all of the beautiful destinations which they visited. “There were no major problems or challenges. Perhaps, attempting to experience so many places in such a short period of time was a bit exhausting,” he says.

This, however, can be rectified the next time Jose and his family go exploring the area. “It was a great experience, and we are planning to repeat it again in the future,” he tells. What’s more, he is keen for more and more people to discover this beautiful region of southern Europe. “I would like everyone who has read my story to visit the province of Cádiz in southern Spain. With its beaches, mountains, villages and towns, as well as its gastronomy and culture, it is one of the country’s best kept secrets, which I want to share with people far and wide!”