Being an automotive blogger definitely has its perks. Over the last five years I’ve been fortunate enough to drive some incredible cars ranging from Rolls Royces to Range Rovers, supercars to race cars and just about everything in between. However, there will always be that exclusive list of cars that I’ll probably never get to experience. Cars so special or so rare that they just aren’t available.

Here is a list of the top five cars I’ve always dreamt of driving:

It would be a crime to make this list and not mention the Bugatti Veyron. The 1001hp, 8-litre quad-turbocharged 253mph Veyron came into production in 2005 and it completely re-wrote the rulebook on speed. Before the Veyron, we had fast cars. The F40, Jaguar XJ220 and McLaren F1 were all incredibly fast cars, but none of them could do it in the almost effortless and comfortable way the Veyron could.

Everything about the Veyron was excessive. It had huge 8-pot 400mm carbon-ceramic brakes, ridiculous 365 width tyres that cost €20,500 a set and 10 radiators! The 1001hp engine could catapult the Veyron from 0-62mph in a staggering 2.5 seconds and it would then continue to climb all the way to over 250mph in its ‘top speed’ attack mode. It wasn’t, however, what the car was capable of doing in terms of speed that made it so impressive; it was the whole package it provided. There are now a few cars out there that can push over 240mph and read over 1000hp on a rolling road, but the Veyron wasn’t only unbelievably fast, it was also comfortable and relatively easy to live with. It had a 7-speed double-clutch DSG gearbox, comfy heated electric seats, a well-insulated cabin and was easy to live with at low speeds. The cost of all this? €990,000, which is why I have never, and probably will never drive one.

The Jaguar XJ220 was the poster car for my childhood, and it marked the start of what became quite an obsession with the Jaguar brand over the coming years.

The XJ220 is possibly one of the most underrated supercars ever produced. With a top speed of over 212mph, it was the fastest production car in the world. However, the financial crisis of the early 90s meant that sales figures for the €525,000 supercar were far lower than expected and, in the end, only 281 were produced between 1992 and 1994 – that’s less than 20% of the original orders prior to the crash. Originally designed to house a V12, the big Jag ended up with a 3.5 litre twin-turbo V6 with an output of 542bhp and 475lb-ft of torque.

Even by today’s standards, the XJ is quick off the mark, and it can hit 62mph in just 3.6 seconds. The XJ220 really is a truly epic car and its chequered history only makes this Oxford-built brute more appealing. It was a proper poster car of the 90s – it is styled in such a way that it makes grown men weak at the knees. It’s just stunning and definitely one of, if not THE best-looking cars to come out of this great decade. 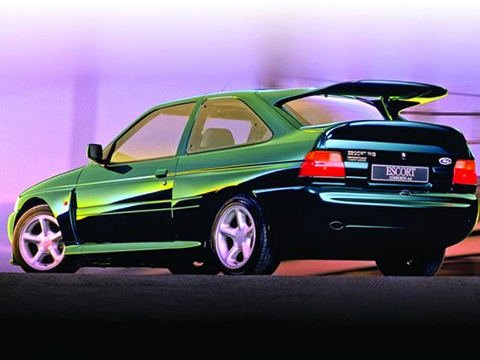 I have wanted to own a Ford Escort RS Cosworth since as far back as I can remember. I even remember plotting to buy a cheap standard Escort as my first car and whack a body kit on as I knew I would never be able to afford a proper one or insure it for that matter (fortunately, 10-year-old James never got his way, and I ended up in a turquoise Rover Metro for my first six months of driving…). To this day, I still want one. I even have some saved on my generic car trader app just in case I win the lottery this weekend. Why? Because it’s just so cool and brilliant and it has never been matched since. It was basically a rally car that you could buy and drive on the road, and this is about as cool as it gets.

The Cosworth may have shared its name and many parts with the most common car of the 90s, the standard Ford Escort but the Cosworth was very different from the standard model with flared arches, bigger wheels and of course, that outrageous signature whale tail at the back. Under the bonnet, there was a 2.0 litre turbocharged unit that had an output of 227bhp and the car was fitted with 4-wheel-drive which meant you could launch the car from 0-62mph in just 5.7 seconds which is still quicker than a lot of hot hatches today! The car was just bonkers then and it has only got better with age. 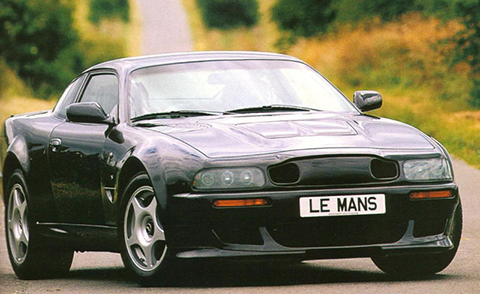 Based on the flagship Aston Martin Virage, the Vantage wasn’t a conventionally ‘pretty’ car like other Astons, instead, it was a wide-shouldered and aggressive-faced brute of a car. Originally built with an output of 550bhp and 550lb ft coming from a twin-supercharged V8, the original Vantage was no slouch and could push itself from 0-60 in 4.6 seconds, which when considering that it weighs around two tonnes, is pretty impressive – even by today’s standards. However, in 1998 Aston Martin decided to give it a bit of a push and make what would be their most powerful and fastest car ever. They managed to squeeze 600bhp and 600lb ft out of the updated models and they also made a very limited run of just 40 special ‘Le Mans’ edition cars in commemoration of 1959 24-hour victory 40 years prior.

These very special and rare versions had a fraction more power at 604bhp and also a suggested top speed of 200mph and 0-60 in just 3.9 seconds…back in 1999! Aston Martin may have come a long way from these with their styling, but as far as mental high-output engineering goes, you probably won’t find a modern Aston Martin with half as much character and scare-factor. 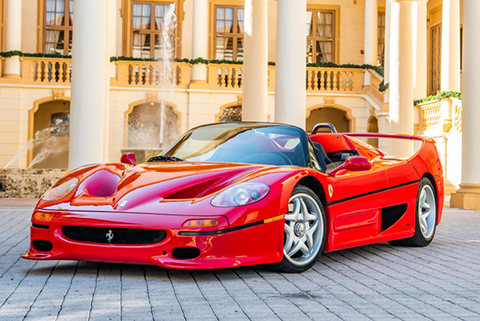 If you ask most people what their ultimate Ferrari is, they will probably say the F40. The F40 was the ultimate supercar of the late 80s and everyone loved it.

Powered by a 4.7-litre naturally aspirated V12 engine that was developed from the 1990 Ferrari 641 3.5-litre Formula 1 engine, and it produced over 510BHP. The Ferrari F50 was a screaming 2-seater F1 car for the open road and with its removable Targa top, it was also painfully pretty.

F50s these days are worth upwards of €2 million, and this, mixed with the sheer limited number of cars produced, makes driving one nothing but a fantasy.

To be honest, there are many, many other cars out there I’d love to drive and more get added to the ‘wish list’ daily, but these are the top five that have topped that list since I first started writing about cars.